Rousseau started his career aged 26 on June 2013. His career record to date stands at 7 wins and he remains unbeaten. Rousseau's longest KO streak is 0 fights long out of his 7 pro career fights.

Rousseau's pro career began against Wendy Gervois (1-0-0) in a 4 round contest. Rousseau got the PTS win via a judges decision. Taking his record to 4 wins, Rousseau won his next 4 fights continuing his successful career.

Next was Bojana Libiszewska on April 16th, 2016 where Rousseau took the win continuing his unbeaten streak. Rousseau was the 13th person to beat Bojana Libiszewska where he showed his talent as a technical boxer, beating him over 4 rounds in his 6th professional fight.

Ericka Rousseau retained his unbeaten record in his most recent fight by beating Bojana Libiszewska on June 18th, 2016, increasing his record to 7 wins. Only the 17th man to defeat Libiszewska, Rousseau made an impressive appearance in his latest outing, earning himself a PTS win. 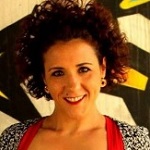 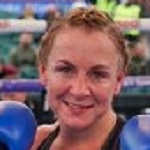