Sanchez started his career on January 2013. Although still relatively close to the start of his career, his record stands at 6 wins and will hopefully continue to rise. Sanchez's longest KO streak is 3 fights long out of his 6 pro career fights.

In January 2013 Sanchez faced Luis alfredo Rodriguez in his debut bout over 4 rounds, but only 1 were needed as Sanchez became the quickest person ever to stop Rodriguez via a 1 round KO victory. Taking his record to 3 wins, Sanchez won his next 3 fights continuing his successful career.

Next was Jonathan Ramos on May 16th, 2014 where Sanchez took the win continuing his unbeaten streak. In 2014 Sanchez fought his next opponent Jonathan Ramos and defeated him via UD. Sanchez was the 2nd person to go the distance with Ramos.

Next was Juan Alvarado on August 1st, 2014 where Sanchez took the win continuing his unbeaten streak. Sanchez's fight against Juan Alvarado came in the 2nd round of a 4 round fight via KO. Sanchez became the first person to stop Alvarado.

The unbeaten run continued with the defeat of Gustavo Molina in his latest fight on March 25th, 2016, taking his winning record to 6 wins. Sanchez beat Gustavo Molina in the 2nd round of a 8 round fight via KO. Sanchez was the 6th fighter to stop Molina. 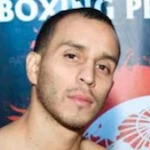 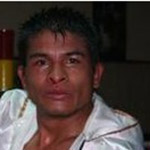