Kamburuta started his career on November 2012. His unbeaten record stands at 6 wins and shows no signs of stopping anytime soon. Kamburuta's longest win streak is 6 fights between November 2012 and September 2014. His longest KO streak in his 6 fights is 1 fights long.

It didn't take Kamburuta long to get accustomed to the pro style of fighting. Becoming the first person to go the distance with Shabani Mkala in a successful pro debut. Continuing on from his successful debut, Kamburuta won his next 3 fights taking his record to 3 wins.

Bakari Mohamed was beaten next on August 31st, 2014 meaning Kamburuta could maintain his unbeaten streak. Kamburuta secured the win over Mohamed after the final bell via PTS, resulting in Kamburuta being the 18th person to defeat Mohamed.

Ensuring he remained unbeaten, Mohammed Kamburuta defeated Said Magimba on September 5th, 2014 in his most recent fight. Ending via KO, Kamburuta became the 3rd fighter to stop Magimba. The defeat came in the 6th round of a 6 round fight. 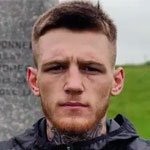