In a memorable debut Lopez gained a TKO win against Alejandro Brito in a 4 round contest, becoming the 9th person to stop Brito. Following his debut, Lopez had an impressive start to his career as he went on to win his next 8 fights including 3 times in 2011 and once in 2013 fighting the likes of as Miguel Del valle, Eric Gotay and Eliezer Agosto.

Lopez then went on to fight and beat Eric Gotay on December 22nd, 2012 maintaining his unbeaten record. In 2012 Lopez fought his next opponent Eric Gotay and defeated him via UD. Lopez was the 3rd person to go the distance with Gotay. 3 wins followed where Lopez went on to be the 6th person to stop Juan g Cruz (Round 4 TKO), 5th person to stop Irvin Hernandez and 19th person to defeat Miguel Del valle.

Sergio Gomez was up next for Lopez on October 26th, 2013. Lopez continued with his winning streak by beating Gomez. Lopez was the 6th person to stop Sergio and he did it in the 8th round via TKO. Lopez's win streak of 11 rose to 14 following 3 great wins, becoming the 8th person to stop Leivi Brea, 5th person to stop Luis Ortiz and 11th person to defeat Raul Hidalgo.

Roberto Castaneda was up next for Lopez on August 16th, 2014. Lopez continued with his winning streak by beating Castaneda. Lopez was the 7th person to beat Roberto Castaneda where he showed his talent as a technical boxer, beating him over 8 rounds in his 15th professional fight.

Jose Lopez was beaten by Angel Luna on June 6th, 2015 in his most recent bout. This took his record to 15-1-0. Facing his 16th professional opponent in Luna, Lopez was out-boxed over the 6 and suffered his first defeat. The fight ended in a UD result after the final bell. A devastating first defeat for Lopez. 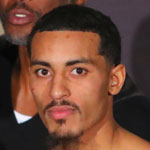