Aged 20, Huertas started his career on May 2013. His record is slightly mixed currently standing at 8-1-0. Hopefully more wins will follow. The longest KO streak that Huertas has ever had is 4 throughout his 9 fights and his longest winning streak is 7 wins. This started on May 2013 and came to an end on February 2014.

Huertas proved he was made for the pro ranks in his debut against Daniel Suarez, becoming the first person in Suarez's 0 fights to stop him. The fight ended in round 1 of 4. Continuing on from his winning debut, Huertas's winning streak continued with wins against fighters included Daniel Mulgrave, Daniel Suarez and Denilson Herrera fighting 5 times in 2013.

Keeping his losses at zero, Huertas fought on February 6th, 2014 beating Eric Castro. Castro was stopped in the 2nd round via TKO meaning Huertas was the 3rd person to stop this opponent in his career.

Juan Huertas went into his fight with Moises Castro on August 13th, 2015 with 7 wins and he added another win to his record taking it to 8 wins by beating Castro. Huertas beat Moises Castro in the 2nd round of a 8 round fight via TKO. Huertas was the 6th fighter to stop Castro. 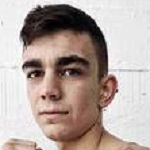 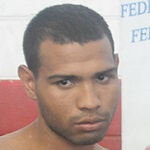