Justin Deloach, born February 12th 1994 made his debut in April 2013. After not putting a foot wrong in 11 fights so far and building an unbeaten record of 11-0-0 it's still unclear just how far Deloach can go at the age of 28. He started his best winning streak on April 2013 however, this came to an end on February 2017. In this period he won a total of 11 fights.

In his debut fight, Deloach's became only the 3rd fighter to go the distance with Martin Gonzalez, winning by UD in round 4 of 4. Deloach's win streak continued to amass with 6 wins against fighters such as Kelvin Medley, German Valdez and Martin Gonzalez.

On July 19th, 2013 Deloach fought and beat Kelvin Medley (1-0-0) to continue his unbeaten streak. Deloach was the 2nd person to go the distance with Medley. Deloach fought Kelvin Medley in 2013, the result was via UD. 6 wins followed for Deloach including being the first to stop Carl Hill, 4th person to go the distance with German Valdez and 3rd person to stop Joshua Snyder (Round 5 TKO).

Todd Manuel was up next for Deloach on October 6th, 2015. Deloach continued with his winning streak by beating Manuel. Becoming the 2nd fighter to stop Manuel, Deloach beat Manuel via TKO in the 3rd round of a 6 round fight.

Ensuring he remained unbeaten, Justin Deloach defeated Christopher Pearson on February 24th, 2017 in his most recent fight. Deloach showed his exceptional talent against Pearson becoming the first of 13 fighters to stop him. The win came for Deloach in the 2nd via KO. Deloach now moves up the ladder to greater things. 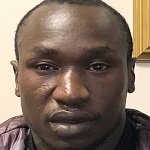