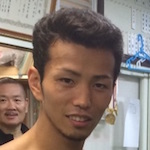 Although beaten, Shingo Wake has gained plenty of experience over 26 fights and a 9 year long career so far. He now moves on to see just how far he can go as he approaches the later stage of his career. Between October 2006 and February 2016, Wake had his longest winning streak of 10 fights. In his 26 fights, his longest KO streak is 6 fights long.

Getting rid of his debut fight nerves early, Wake took on Shinnosuke Sato in October 2006 and claimed a stoppage victory (round 1, KO). Wake was the first person to have ever stopped Sato. Wake continued his pro journey, which was mostly successful at this point, by fighting 13 fights following his debut. Fights against boxers such as Kenta Kozeki, Yuji Ota and Masahiro Ishida followed including once in 2006, 4 times in 2007 and 8 times through 2008, 2009 and 2010.

Wake went into his next fight against Yuki Kubo on August 6th, 2007 with a career record of 3 wins. On August 6th, 2007, Wake took on and was defeated over the distance by Yuki Kubo in his first career defeat. Wake lost via MD in a valiant effort. Wake's win streak of 3 rose to 9 following 6 wins against boxers such as Yuji Ota, Masahiro Ishida, Hiroaki Abe and 3 others.

Wake went into his next career fight with a record of 9-3-1 and took this to 10 wins with a win against Yuki Kishi on April 7th, 2011. Wake's fight against Yuki Kishi came in the 8th round of a 8 round fight via TKO. Wake became the first person to stop Kishi.

Wake went into his next career fight with a record of 13-4-2 and took this to 14 wins with a win against Eita Kikuchi on June 10th, 2013. Kikuchi was stopped in the 9th round via TKO crowning Wake as the first person to stop this opponent. Fights against Jhunriel Ramonal, Jovylito Aligarbes and Jaesung Lee followed where he won all 3 fights taking his winning streak to 17 wins.

Keeping his losses at 4, Wake fought on February 27th, 2015 beating Jimmy Paypa via KO. This took his record to 18-4-2 showing quite the successful career to date. Becoming the first person to stop Jimmy Paypa, Wake beat Paypa via KO in the 1st round of a 12 round fight.

Wake went into his next career fight with a record of 18-4-2 and took this to 19 wins with a win against Mike Tawatchai on June 10th, 2015. In 2015 Wake fought his next opponent in Mike Tawatchai. A challenging 12 round fight that ended in Wake's favour as the judges awarded Wake the UD victory. Wake was the 8th person to defeat Tawatchai.

The wins continued with the defeat of Waldo Sabu on February 17th, 2016 in Wake's most recent fight taking his winning record to 20 wins. It didn't take long for Wake to work Sabu out in his most recent fight. With a stoppage in the 5th round, Shingo Wake became the first fighter to stop Sabu via KO and moves on to bigger things. 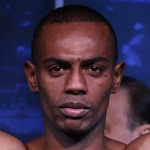