Nawaphon Kaikanha, aged 19 started his pro career on May 2016 against Palangpol Chaiyonggym where he started his current unbeaten streak as he moves mid way into his current 26 fight career. He started his best winning streak on December 2010 however, this came to an end on May 2016. In this period he won a total of 26 fights.

Finally getting his feet wet in the pro ranks Kaikanha became the first to go the distance with Palangpol Chaiyonggym over a 6 round win for Kaikanha. Following his debut, Kaikanha had an impressive start to his career as he went on to win his next 13 fights including once in 2010, 5 times in 2011 and 7 times through 2012 and 2013 against the likes of Noel Adelmita, Joan Imperial and Yodpichai Sithsaithong.

Crison Omayao was beaten next on November 15th, 2013 meaning Kaikanha could maintain his unbeaten streak. Kaikanha was the 3rd person to stop Crison and he did it in the 2nd round via KO. 3 wins followed for Kaikanha including being the 4th person to stop Michael Landero, 2nd person to stop Shusong Zhuang and 28th person to beat Rodel Tejares.

Donny Mabao was Kaikanha's next fight on October 10th, 2014 and also his next win in his career. Mabao was stopped in the 4th round via KO meaning Kaikanha was the 4th person to stop this opponent in his career.

Kaikanha then went on to fight and beat Heri Amol on January 22nd, 2016 maintaining his unbeaten record. Amol was stopped in the 6th round via KO meaning Kaikanha was the 9th person to stop this opponent. 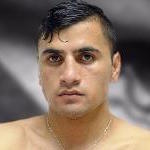