Although beaten, Dario fabian Pucheta has gained plenty of experience over 24 fights and a 6 year long career so far. He now moves on to see just how far he can go as he approaches the later stage of his career. The longest win streak that Pucheta has ever recorded was between May 2009 and November 2011 when it totaled 14 wins. Pucheta's longest KO streak is 3 fights long.

In a great debut, Pucheta took on Edgardo ariel Soto in a 4 round fight, becoming the 3rd person to stop Soto in his 14 fight career to date. Pucheta then went on to win his next 12 fights - fighting 4 times in 2009 and 4 times in 2011 racking up wins against Mauricio ezequiel Biedma, Angel amado Aguirre and Cristian javier Diaz amongst others.

The first defeat of Pucheta's career came against Ricardo ezequiel Quinones on June 16th, 2012. This took his career record to 14-1-0. Pucheta's first defeat came over the full distance against Ricardo ezequiel Quinones on June 16th, 2012. The fight went to the judges in a UD loss for Pucheta. Fights against boxers including Miguel angel Escalada, Jesus Altamirano sanchez and Mariano andres Carranza followed where he won 4 fights taking his winning streak to 17 wins.

Furthering his career, Pucheta fought Nestor ariel Salas on April 4th, 2014 and continued his career to a record of 18-2-0. The win came via TKO. Becoming the first person to stop Nestor ariel Salas, Pucheta beat Salas via TKO in the 4th round of a 12 round fight. Pucheta then went on to win again against Adailton Dos santos setting him up well for his next pro fight.

Pucheta kept his losses at 2 by beating Bethuel Ushona on October 4th, 2014. Ushona was a worthy challenger but Pucheta was too much and became the first person to stop Ushona via TKO during round 8.

Pucheta lost to Demetrius Andrade in his next fight. Taking place on October 17th, 2015, Pucheta's career record after this fight stood at 20-3-0. Stepping up against a talented Andrade, it wasn't long before Pucheta found himself in trouble against Andrade early. After 2 rounds Pucheta lost via TKO. Andrade became the first of 23 opponents to stop Pucheta.

Pucheta went into his next fight against Guido nicolas Pitto on March 25th, 2016 with a career record of 20 wins. A blow for Pucheta confidence, Pucheta was taken the full distance by Pitto and was handed a UD loss on the judges decision. A tough technical fight that leaves Pucheta unsure on where his career will head next. 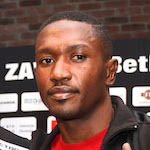 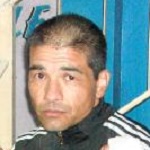