In a great debut, Dominguez took on Mario maximiliano Islas in a 4 round fight, becoming the 2nd person to stop Islas in his 4 fight career to date. Continuing on from his debut, Dominguez had an impressive start to his career as he went on to fight 14 fights including 6 times in 2004 and 2 times in 2006 against fighters such as Adolfo marcelo Trinidad, Alejandro agustin Alvarez and Agustin gabino Aguilera.

On April 15th, 2006, Dominguez took on and was defeated by Gustavo javier Kapusi in his first career defeat meaning his career tally went to 13-1-0. Taking the first setback of his career, the April 15th, 2006 Kapusi defeat went the full distance and ended via SD. 6 wins followed where Dominguez went on to fight Jose alberto Clavero, Cristian dario Leal and Cristian dario Leal amongst others, prolonging his win streak.

Dominguez lost to Vyacheslav Uzelkov in his next fight. Taking place on February 21st, 2008, Dominguez's career record after this fight stood at 18-4-1. Dominguez failed to go into the later rounds with Uzelkov, with Uzelkov stopping him in the 3rd round and becoming the 2nd person to stop Dominguez.

Martin abel Bruer was the next fight for Dominguez on November 14th, 2008 and also his next career win. Dominguez's fight against Martin abel Bruer came in the 5th round of a 12 round fight via KO. Dominguez became the first person to stop Bruer. Fights against boxers Claudio sergio Palacio followed taking his record to 20-5-1

Dominguez went into his next career fight with a record of 20-5-1 and took this to 21 wins with a win against Miguel Angel Sosa on November 26th, 2016. The win against Sosa happened in the 1st round of a 4 round fight via KO.

The wins continued with the defeat of Marcelo hugo pablo Lamadrid on August 6th, 2017 in Dominguez's most recent fight taking his winning record to 22 wins. Dominguez out-boxed Lamadrid over 4 rounds in his most recent performance, taking the win via UD and moving on to bigger and better things. 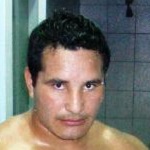 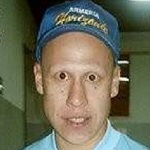 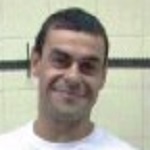