Starting off his pro career on May 2007 age 17, Halanna Dos santos has had a total of 21 fights - 14 wins, 7 losses, and 0 draws. 9 of the wins coming via stoppage. The longest win streak that Dos santos has ever recorded was between May 2007 and December 2007 when it totaled 10 wins. Dos santos's longest KO streak is 3 fights long.

A successful pro debut for Halanna, Dos santos showed his superior boxing talent against Daniele Oliveira, becoming the first person to go the full distance with him. Dos santos continued his pro journey, which was mostly successful at this point, by fighting 11 fights following his debut. Fights against boxers such as Daniele Oliveira, Larissa Brates and Larissa Brates followed including 10 times in 2007 and once in 2008.

On June 20th, 2009, Dos santos took on and was defeated by Kina Malpartida meaning his career tally went to 11-2-0. Malpartida was a fight too far for Dos santos and after a rough fight Malpartida became the first person to stop Dos santos in round 7. Dos santos's win streak of 11 rose to 13 following 2 wins against boxers such as Alessandra Santano and Railda Borges.

Marcela eliana Acuna was next in line for Dos santos where unfortunately, he was defeated on October 25th, 2013 taking his record to 14-6-0. Dos santos boxing ability was put under heavy scrutiny in the Acuna fight, a test too far for Dos santos as he lost via UD in a judges decision over the 10 round distance.

Dos santos's next defeat of his career came against Eva Wahlstrom on September 20th, 2014. This latest challenge for Dos santos proved to be too much for him, taking a UD loss to the better technical fighter over the 6 rounds and leaving Dos santos wondering which direction his career will head next. 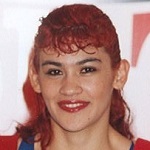 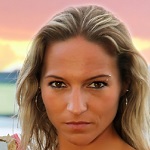