Vinicius de oliveira entered his next fight with a mostly successful record of 21-1-1 and took this to 22 wins with a win against Gaston alejandro Vega on August 20th, 2011 via KO. Vega was stopped in the 3rd round via KO meaning Vinicius de oliveira was the 2nd person to stop this opponent in his career. Vinicius de oliveira's wins continued and went from 22 wins to 23 after he then defeated Adam Collins. 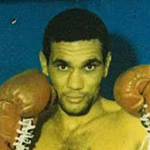