Setting up his pro career well and building his confidence in the pro ring, Jackson became the 6th person to take Marvin Blair the distance and claimed a UD debut win. Jackson built on his successful start to his career by fighting 4 times in 2009 and once in 2011 which included fights against Luis Hodge, Guillermo Garcia and Frank Mola to name just a few.

Keeping his losses at zero, Jackson fought on April 25th, 2012 beating Durrell Richardson. Becoming the first person to stop Durrell Richardson, Jackson beat Richardson via RTD in the 2nd round of a 10 round fight. Jackson then went on to win a further 3 fights taking his record to 16 wins, 0 losses and 0 draws.

Jackson then went on to fight and beat Nicolas dario Lopez on December 7th, 2013 maintaining his unbeaten record. Lopez was a worthy challenger but Jackson was too much and became the first person to stop Lopez via TKO during round 9.

Crispulo javier Andino was Jackson's next fight on August 1st, 2014 and also his next win in his career. The win happened in the 2nd round of a 10 round fight via TKO.

Julius Jackson was beaten by Jose Uzcategui on October 6th, 2015 in his most recent bout. This took his record to 18-1-0. In the latest fight of Jackson's career, Uzcategui was a push too far for Jackson and after a tough fight Uzcategui became the first person to beat and stop Jackson in round 2. Here's hoping Jackson comes back to fight again. 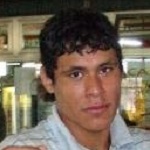 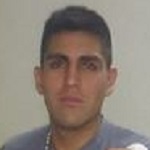