Patrick Teixeira started off his pro career aged 18 and currently has a record of 24-1-0. Teixeira now looks to build on the experience gained in his first 25 fights. Teixeira's longest win streak is 24 fights between August 2009 and November 2014. His longest KO streak in his 25 fights is 7 fights long.

Teixeira proved he was made for the pro ranks in his debut against Fabio Pardinho, becoming the first person in Pardinho's 0 fights to stop him. The fight ended in round 2 of 4. Teixeira continued on his journey to success by fighting 5 times in 2009 and 2 times in 2011 beating fighters such as Jailton De jesus souza, Eraldo cesar Pereira and Dario armando Matorras in his next 13 fights.

Alejandro gustavo Falliga was up next for Teixeira on November 13th, 2013. Teixeira continued with his winning streak by beating Falliga. The win against Falliga happened in the 5th round of a 12 round fight via TKO. Teixeira's winning streak went from 21 wins to 23 after he then defeated boxers including Mateo damian Veron and Ignacio lucero Fraga.

Furthering his career, Teixeira fought Ulises david Lopez on November 15th, 2014 and advanced his winning streak to 24 wins. Lopez was stopped in the 3rd round via KO meaning Teixeira was the 4th person to stop this opponent in his career.

The wins stalled following a defeat from Curtis Stevens on May 7th, 2016 taking Teixeira's record to 24-1-0. Curtis Stevens became the first person to stop Teixeira. The win came via TKO in the 2nd round of a 10 round bout. Although this has knocked Teixeira, let's hope we see another fight of his soon. 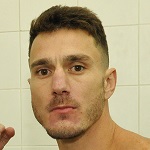 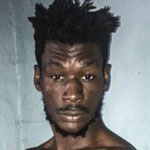