Baysangurov, aged 16, started his career on September 2013. Although still relatively close to the start of his career, his record stands at 6 wins and will hopefully continue to rise. Baysangurov's longest KO streak is 1 fights long out of his 6 career fights.

In his debut fight, Baysangurov's became only the 2nd fighter to go the distance with Oleksiy Kozlov, winning by UD in round 4 of 4. Baysangurov continued on his successful journey by fighting and beating his next 3 fights.

The unbeaten run continued with the defeat of Artem Skornyakov in his latest fight on May 31st, 2014, taking his winning record to 6 wins. Baysangurov's win against Skornyakov was only the 3rd time Skornyakov had been stopped. The fight finished in the 4th round of a 6 round fight via TKO. 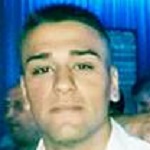