Having started off in the pro game in September 2011 and having built a perfect unbeaten record of 17-0-0, Nielsen (age 29) now looks to move into the later stages of his career and step up against some of the top prospects in the division. He started his best winning streak on September 2011 however, this came to an end on September 2015. In this period he won a total of 17 fights.

In a great debut, Nielsen took on Valerijs Rogozins in a 4 round fight, becoming the 4th person to stop Rogozins in his 6 fight career to date. Continuing on from his winning debut, Nielsen's winning streak continued with wins against fighters included Marko Angermann, Josef Krivka and Romans Mironovs fighting 2 times in 2011 and 4 times in 2013.

Dzianis Vardomski was beaten next on November 10th, 2012 meaning Nielsen could maintain his unbeaten streak. Nielsen was the first person to stop Dzianis Vardomski and he did it in the 1st round via TKO. Another win followed for Nielsen taking his win tally to 5 wins.

Next was Giorgi Tevdorashvili on February 1st, 2014 where Nielsen took the win continuing his unbeaten streak. Tevdorashvili was stopped in the 2nd round via TKO meaning Nielsen was the 3rd person to stop this opponent. Nielsen then went on to win a further 3 fights taking his record to 15 wins, 0 losses and 0 draws.

Ismail Abdoul was up next for Nielsen on June 20th, 2015. Nielsen continued with his winning streak by beating Abdoul. In 2015 Nielsen fought his next opponent in Ismail Abdoul. A challenging 8 round fight that ended in Nielsen's favour as the judges awarded Nielsen the UD victory. Nielsen was the 35th person to defeat Abdoul.

The unbeaten run continued with the defeat of Alejandro emilio Valori in his latest fight on September 12th, 2015, taking his winning record to 17 wins. Ending via KO, Nielsen became the 5th fighter to stop Valori. The defeat came in the 4th round of a 10 round fight. 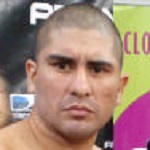