Born October 20th 1985 Mike Perez (aged 36) has built up a good career record of 22-2-1. With plenty of experience and now 26 fights as a pro, Perez hopes to move on to better things in future as he moves into the later stages of his career. The longest win streak that Perez has ever recorded was between January 2008 and November 2013 when it totaled 20 wins. Perez's longest KO streak is 4 fights long.

In a great debut, Perez took on Jevgenijs Stamburskis in a 4 round fight, becoming the 9th person to stop Stamburskis in his 16 fight career to date. Perez then went on to win his next 12 fights - fighting 6 times in 2008 and 3 times in 2010 racking up wins against Luis oscar Ricail, Claudemir Dias and Harry Duiven jr amongst others.

On March 22nd, 2008 Perez fought and beat Tomasz Zeprzalka (2-5-0) to continue his unbeaten streak. In 2008 Perez fought his next opponent Tomasz Zeprzalka and defeated him via PTS. Perez was the 4th person to go the distance with Zeprzalka. Perez's win streak of 3 rose to 13 following 10 great wins, becoming the first to stop Claudemir Dias, 4th person to stop Harry Duiven jr (Round 2 KO) and 5th person to stop Jason Barnett (Round 1 KO).

On November 2nd, 2013 Perez fought and beat Magomed Abdusalamov (18-0-0) to continue his unbeaten streak. Magomed Abdusalamov was Perez's next opponent of his career in 2013. The fight was scheduled for 10 and Perez was the first person to go the distance with Abdusalamov where the fight ended in a win for Perez. Perez continued his success in the next 1 fight taking his record to 20-0-1.

Perez went into his next fight against Bryant Jennings on July 26th, 2014 with a career record of 20-1-1. On July 26th, 2014, Perez took on and was defeated over the distance by Bryant Jennings in his first career defeat. Perez lost via SD in a valiant effort. Perez's wins continued and went from 20 wins to 21 after he then defeated Darnell Wilson.

Perez's next defeat of his career came against Alexander Povetkin on May 22nd, 2015 taking his career record to 21-2-1. Taking a huge blow to Perez's confidence, Povetkin proved to be too much and stopped Perez early, becoming the first person to defeat Perez via stoppage.

Mike Perez added another win to his record by beating Pablo matias Magrini on February 17th, 2018, upping his record to 22 wins. Perez's win against Magrini was only the 3rd time Magrini had been stopped. The fight finished in the 1st round of a 8 round fight via TKO. 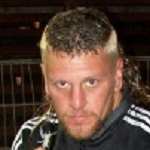