Born January 11th 1978, orthodox fighter Takalani Ndlovu started his career in April 1999 at the age of 21 and has now been pro for 15 years, fighting a total of 44 times. He started his best winning streak on April 1999 however, this came to an end on March 2003. In this period he won a total of 16 fights.

In a memorable debut Ndlovu gained a TKO win against Johnson Singwanda in a 6 round contest, becoming the 2nd person to stop Singwanda. Ndlovu continued his pro journey, which was mostly successful at this point, by fighting 22 fights following his debut. Fights against boxers such as Anthony Martinez, Anthony Tshehla and Solomzi Govuza followed including 6 times in 1999, 6 times in 2000 and 10 times through 2001, 2002 and 2003.

Taking the first knock of his career, Ndlovu fought Joshua Khoase on October 26th, 1999 and was defeated by Khoase. Ndlovu's technical boxing ability was put to the test as he got outpointed in the 4 round fight against the better man. Khoase gave Ndlovu his first professional loss of his 5 fight career to date. 12 wins followed for Ndlovu including being the first to stop Silulami Dindile, first to stop Trevor Gouws and 5th person to go the distance with Malcolm Klassen.

Furthering his career, Ndlovu fought Anthony Tshehla on May 31st, 2002 and continued his career to a record of 17-1-0. The win came via KO. Tshehla was stopped in the 1st round via KO meaning Ndlovu was the first person to stop this opponent. 6 wins followed where Ndlovu went on to fight Luyolo Kotsana, Solomzi Govuza and Anthony Martinez amongst others, prolonging his win streak.

Ndlovu went into his next career fight with a record of 21-3-0 and took this to 22 wins with a win against Michael Matsunyane on April 24th, 2004. Matsunyane was a worthy challenger but Ndlovu was too much and became the first person to stop Matsunyane via KO during round 8. 5 wins followed where Ndlovu went on to be the first to stop Willie Mabasa, 2nd person to stop Fabio daniel Oliva and 5th person to stop Giovanni Andrade.

Steve Molitor was next in line for Ndlovu where unfortunately, he was defeated on July 14th, 2007 taking his record to 27-4-0. Steve Molitor became the first person to stop Ndlovu. The win came via TKO in the 9th round of a 12 round bout.

Taking a knock to his career, Ndlovu fought and was defeated by Mzonke Fana on September 21st, 2013 taking his record to 33-10-0. There was nothing more Ndlovu could have done on the night facing Fana. Fana put on a great performance to take the win over the 12 rounds.

Ensuring he added another win to his tally, Takalani Ndlovu defeated Lwandile Gugushe on October 25th, 2014 in his latest fight. Taking his total win streak to 34 wins, Ndlovu defeated Gugushe in the 12 round fight. The win came via KO in the 4th round. Ndlovu was the 4th to stop Gugushe. 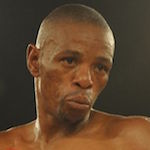