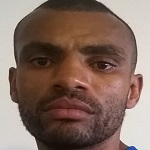 Starting his career aged 22, Santos de jesus's record stands at 8-1-0 so far. The longest KO streak that Santos de jesus has ever had is 3 throughout his 9 fights and his longest winning streak is 7 wins. This started on March 2006 and came to an end on April 2014.

On June 7th, 2014, Santos de jesus took on and was defeated by Alessandro Bernardo in his first career defeat meaning his career tally went to 7-1-0. Taking the first setback of his career, the June 7th, 2014 Bernardo defeat went the full distance and ended via UD.

Luiz carlos Santos de jesus went into his fight with Odair jose Theodoro on May 4th, 2015 with 7 wins and he added another win to his record taking it to 8 wins by beating Theodoro. Ending via KO, Santos de jesus became the 20th fighter to stop Theodoro. The defeat came in the 2nd round of a 10 round fight. 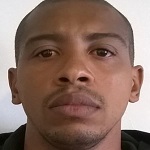 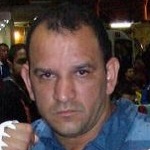