Michel Soro started off his pro career aged 20 and currently has a record of 26-2-1. Soro now looks to build on the experience gained in his first 29 fights. Between October 2008 and November 2011, Soro had his longest winning streak of 18 fights. In his 29 fights, his longest KO streak is 5 fights long.

In a great debut, Soro took on Said Moulkraloua in a 4 round fight, becoming the 2nd person to stop Moulkraloua in his 12 fight career to date. Soro then went on to win his next 15 fights - fighting 2 times in 2008, 4 times in 2009 and 9 times through 2010 and 2011 racking up wins against Anthony Somarriba, Giorgi Ungiadze and Roman Dzhuman amongst others.

On February 27th, 2009 Soro fought and beat Kevin Mpiga (1-4-0) to continue his unbeaten streak. Showing his class against Mpiga, Soro was the 3rd person to go the distance with this opponent. Fights against Sergei Melis, Roman Dzhuman, David Makaradze and 11 others followed where he won all 14 fights taking his winning streak to 18 wins.

On July 30th, 2016, Soro was in action again with a win via TKO against Hector david Saldivia taking his mostly successful record to 26-1-1. The win happened in the 3rd round of a 12 round fight via TKO.

The next defeat of Soro's career came against Brian carlos Castano on July 1st, 2017. This took his career record to 26-2-1. Soro fought and was defeated by Brian carlos Castano. Soro was the 2nd person to go the distance with this opponent resulting in the eventual loss of the fight. 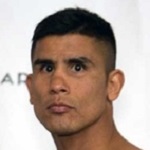