Alexander Miskirtchian started off his pro career aged 19 and currently has a record of 25-4-1. Miskirtchian now looks to build on the experience gained in his first 30 fights. Miskirtchian's longest KO streak is 2 fights long out of his 30 pro career fights.

A successful pro debut for Alexander, Miskirtchian showed his superior boxing talent against Nikolai Volovoy, becoming the first person to go the full distance with him. Miskirtchian continued his pro journey, which was mostly successful at this point, by fighting 15 fights following his debut. Fights against boxers such as Guillaume Tajan, Thomas Blondel and Lorenzo Ledesma followed including 2 times in 2005, 5 times in 2006 and 8 times through 2007 and 2008.

Miloud Saadi was beaten next on January 28th, 2006 meaning Miskirtchian could maintain his unbeaten streak. In 2006 Miskirtchian fought his next opponent Miloud Saadi and defeated him via PTS. Miskirtchian was the 2nd person to go the distance with Saadi. 9 wins followed where Miskirtchian went on to fight Thomas Blondel, Lorenzo Ledesma and Guillaume Tajan amongst others, prolonging his win streak.

Taking a knock to his career, Miskirtchian fought and was defeated by Antonio De vitis on February 28th, 2008 taking his record to 11-1-1. Miskirtchian's technical boxing ability was put to the test as he got outpointed in the 12 round fight against the better man. De vitis gave Miskirtchian his first professional loss of his 13 fight career to date. Fights against boxers including Osman Aktas, Sofiane Takoucht and Rachamongkol Sor pleonchit followed where he won 11 fights taking his winning streak to 21 wins.

Andreas Evensen was the next fight for Miskirtchian on February 9th, 2013 and also his next career win. Evensen was stopped in the 12th round via TKO crowning Miskirtchian as the first person to stop this opponent. Miskirtchian then went on to win a further 3 fights taking his record to 24 wins, 3 losses and 1 draw.

Taking another knock in his career, Miskirtchian fought Viorel Simion on March 18th, 2016 and was defeated by Simion. A blow for Miskirtchian confidence, Miskirtchian was taken the full distance by Simion and was handed a UD loss on the judges decision. A tough technical fight that leaves Miskirtchian unsure on where his career will head next. 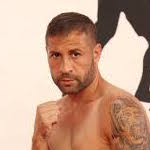 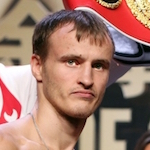