Although beaten, Karim Mayfield has gained plenty of experience over 22 fights and a 9 year long career so far. He now moves on to see just how far he can go as he approaches the later stage of his career. Mayfield's longest KO streak is 3 fights long out of his 22 pro career fights.

Staritng his career off in tremendous fashion in June 2006, Mayfield became the 2nd quickest fighter to have ever stopped Chris Mickle. The fight ended in round 1 via TKO stoppage. Mayfield's rise in boxing continued with 11 fights against fighters such as Francisco Santana, Mario alberto Lozano and Roberto Valenzuela. He had a mixed start to his career but mostly successful so far.

Mayfield went into his next career fight with a record of 10-0-1 and took this to 11 wins with a win against Francisco Santana on November 21st, 2009. Santana was a worthy challenger but Mayfield was too much and became the first person to stop Santana via TKO during round 5. Taking his record to 13 wins, 0 losses and 1 draws, Mayfield then went on to win a further 2 fights.

Steve Forbes was the next fight for Mayfield on June 17th, 2011 and also his next career win. Forbes was stopped in the 10th round via TKO crowning Mayfield as the first person to stop this opponent. Mayfield then went on to win again against Patrick Lopez setting him up well for his next pro fight.

On May 18th, 2012, Mayfield went into action again and beat Raymond Serrano taking the winning record to 16 wins. Serrano was a worthy challenger but Mayfield was too much and became the first person to stop Serrano via TKO during round 5. Mayfield took on another 2 opponents next, racking up wins against Mauricio Herrera and Christopher Fernandez.

Mayfield lost to Thomas Dulorme in his next fight. Taking place on March 29th, 2014, Mayfield's career record after this fight stood at 18-1-1. Coming into the fight with high confidence Mayfield fought his next fight against Thomas Dulorme on March 29th, 2014. Unfortunately, Mayfield was outclassed and lost the decision on the judges scorecards taking his record to 18-1-1.

Taking a knock to his career, Mayfield fought and was defeated by Emmanuel Taylor on July 18th, 2014 taking his record to 18-2-1. There was nothing more Mayfield could have done on the night facing Taylor. Taylor put on a great performance to take the win over the 10 rounds.

Mayfield's next defeat of his career came against Dmitry Mikhaylenko on January 30th, 2016. A blow for Mayfield confidence, Mayfield was taken the full distance by Mikhaylenko and was handed a UD loss on the judges decision. A tough technical fight that leaves Mayfield unsure on where his career will head next. 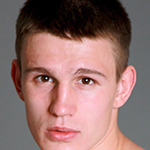 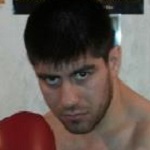 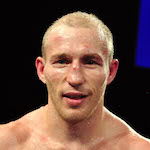