George started his career aged 23 on October 2012. His career record to date stands at 6 wins and he remains unbeaten. George's longest KO streak is 3 fights long out of his 6 career fights.

In a memorable debut George gained a TKO win against Harrison Gardner in a 4 round contest, becoming the 2nd person to stop Gardner. Taking his record to 3 wins, George won his next 3 fights continuing his successful career.

Next was Trent Hudson on November 23rd, 2012 where George took the win continuing his unbeaten streak. George was the first person to stop Trent Hudson and he did it in the 1st round via KO. George fought boxers including Jay Thompson and Dean Cambridge and he went on to win another 2 fights.

Robert Heppell was beaten next on June 15th, 2013 meaning George could maintain his unbeaten streak. Heppell was a worthy challenger but George was too much and became the first person to stop Heppell via KO during round 1.

The unbeaten run continued with the defeat of Ozan Craddock in his latest fight on March 14th, 2014, taking his winning record to 6 wins. George showed his exceptional talent against Craddock becoming the first of 7 fighters to stop him. The win came for George in the 3rd via KO. George now moves up the ladder to greater things. 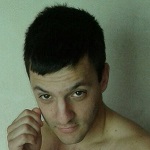