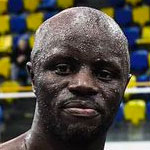 Starting his career in March 2006 at the age of 20, orthodox boxer Yvan Mendy has now been pro for 12 years and has built up a career of 35-5-2. Mendy now moves into the final stages of his career. He started his best winning streak on March 2006 however, this came to an end on March 2007. In this period he won a total of 10 fights.

An explosive pro debut saw Mendy face Faisal Bahache in a 4 round debut fight. Yvan became only the 5th person to stop Bahache shy of the full distance, stopping him in the 2nd. Mendy's rise in boxing continued with 22 fights against fighters such as Kirkor Kirkorov, Araik Sachbazjan and Beka Sadjaia. He had a mixed start to his career but mostly successful so far.

Mendy lost to Abdoulaye Soukouna in his next fight. Taking place on May 17th, 2008, Mendy's career record after this fight stood at 12-1-1. On May 17th, 2008, Mendy took on and was defeated over the distance by Abdoulaye Soukouna in his first career defeat. Mendy lost via UD in a valiant effort. 12 wins followed where Mendy went on to fight Beka Sadjaia, Kirkor Kirkorov and Sam Rukundo amongst others, prolonging his win streak.

Keeping his losses at 2, Mendy fought on December 16th, 2011 beating Tarik Madni via KO. This took his record to 23-2-2 showing quite the successful career to date. Becoming the first person to stop Tarik Madni, Mendy beat Madni via KO in the 4th round of a 12 round fight. Another win followed for Mendy taking his win tally to 24 wins.

Mendy went into his next career fight with a record of 32-4-2 and took this to 33 wins with a win against Luke Campbell on December 12th, 2015. Showing his class against Campbell, Mendy was the 3rd person to go the distance with this opponent.

Pushing his career further, Mendy fought Samir Kasmi on March 12th, 2016 adding to his winning record. Mendy was the 5th person to stop Samir and he did it in the 9th round via TKO. 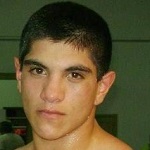