Making his debut on August 2012 aged 22 Mosquera has a so far unbeaten record standing at 7 wins. Mosquera's longest KO streak is 2 fights long out of his 8 pro career fights.

Starting as he means to go on, Mosquera got off to an explosive start in his debut, defeating Juseth Arauz in 2 rounds and becoming the only person to have stopped Arauz to date. Mosquera went on to win his next 4 fights taking his record to 4 wins.

Next was Rebeca Vasquez on January 24th, 2013 where Mosquera took the win continuing his unbeaten streak. Rebeca Vasquez was Mosquera's next opponent of his career in 2013. The fight was scheduled for 4 and Mosquera was the 2nd person to go the distance with Vasquez. Mosquera's win streak of 3 rose to 5 following 2 wins against boxers such as Veronica Taylor and Osiris Renteria.

Mosquera kept his losses at 0 by beating Maria andrea Miranda on February 20th, 2014. The win against Miranda came in the 1st round of a 6 round fight via KO. Mosquera was the 6th person to stop Miranda.

Sayda Mosquera went into his fight with Carolina Arias on June 4th, 2014 with 6 wins and he added another win to his record taking it to 7 wins by beating Arias. In a display of his technical ability, Mosquera endured a tough 8 rounds of 8 to crown himself as the first to defeat opponent Arias. 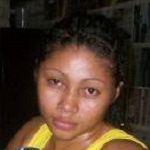 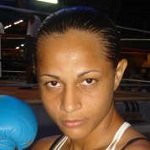