Born September 20th 1985, orthodox fighter Fabian oscar Orozco started his career in July 2008 at the age of 22 and has now been pro for 7 years, fighting a total of 32 times. Between July 2008 and December 2010, Orozco had his longest winning streak of 6 fights. In his 32 fights, his longest KO streak is 4 fights long.

Orozco made an impressive debut on July 2008, showing his class and technical boxing skill Orozco went the full 4 rounds with Aguirre and became the first person to do so. Orozco continued his mostly successful career with numerous fights following his debut against boxers including Sergio ariel Estrela, Lucas rafael Baez and Lucas rafael Baez. Fights included fighting 3 times in 2008, 5 times in 2009 and 8 times through 2010 and 2011.

Rudy santiago Mairena ruiz was the next fight for Orozco on October 14th, 2011 and also his next career win. Mairena ruiz was stopped in the 2nd round via TKO meaning Orozco was the 2nd person to stop this opponent. 7 wins followed where Orozco went on to fight Pablo ezequiel Rodriguez, Ramon Contreras and Gaston dario Bustamante amongst others, prolonging his win streak.

Taking another knock in his career, Julian evaristo Aristule was next in line for Orozco with Aristule coming out victorious. Orozco career was at 20-3-2 following the fight. Orozco fought Julian evaristo Aristule and was defeated via KO in the 10 round bout. This was Orozco's 2nd stoppage defeat in his career which came in the 2nd round. 5 wins followed where Orozco went on to be the 5th person to go the distance with Leandro david Esperante, 9th person to defeat Lucas antonio Carranza and 15th person to defeat Diego herminio alejandro Sananco.

On December 4th, 2015, Orozco was in action again against Guillermo osvaldo Soloppi with the spoils being split with a draw taking his mostly successful record to 25-3-3. This was a tough fight, and one where neither fighter really shone on the night. The final outcome was an inconclusive MD draw over the 6 rounds

Fabian oscar Orozco went into his fight with Adeilson Dos santos on March 4th, 2016 with 25 wins and he added another win to his record taking it to 26 wins by beating Dos santos. The most recent outing for Orozco proved one that was easier than expected. Dos santos was left wanting as the fight ended in round 2 of 12 (KO). Orozco now moves on to hopefully face some of the bigger names in the division. 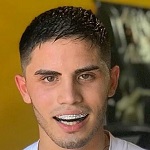 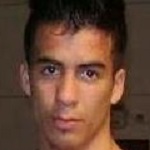 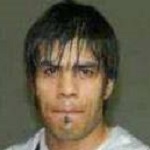 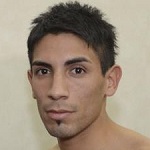