Although Carlos ruben dario Ruiz has been beaten in his career, with a fight count of 31 fights and a 9 year long career he approaches the end of his career with a record of 21-10-0. He made his debut in March 2008 at the age of 22. Ruiz's longest KO streak is 3 fights long out of his 31 pro career fights.

Ruiz proved he was made for the pro ranks in his debut against Ramon waya Condori, becoming the first person in Condori's 0 fights to stop him. The fight ended in round 1 of 4. Ruiz continued his mostly successful career with numerous fights following his debut against boxers including Ariel humberto Alassia, Adrian eduardo Mendoza and Carlos ariel Farias. Fights included fighting 4 times in 2008, 2 times in 2009 and 10 times through 2010, 2011 and 2012.

Next was Adrian eduardo Mendoza on September 10th, 2011 where Ruiz took the win continuing his unbeaten streak. Becoming the first person to stop Adrian eduardo Mendoza, Ruiz beat Mendoza via KO in the 7th round of a 12 round fight. Ruiz's wins continued and went from 10 wins to 11 after he then defeated Roberto Bravo.

Unfortunately, the first defeat of Ruiz's career came against Luis Ceja on January 21st, 2012 in Ruiz's 12th professional fight. Coming into the fight with high confidence Ruiz fought his next fight against Luis Ceja on January 21st, 2012. Unfortunately, Ruiz was outclassed and lost the decision on the judges scorecards taking his record to 11-1-0. Fights against boxers including Ariel humberto Alassia, Carlos ariel Farias and Diego luis Pichardo liriano followed where he won 7 fights taking his winning streak to 17 wins.

Taking a knock to his career, Ruiz fought and was defeated by Javier nicolas Chacon on October 3rd, 2014 taking his record to 20-4-0. Chacon upset Ruiz in a 12 round fight, stopping him in the 10th round and becoming only the 2nd person to stop Ruiz. A career that could be described as less than successful saw Ruiz's record go to 21-8-0 following 5 fights against boxers such as 6th person to go the distance with Jonathan Gonzalez, 3rd person to defeat Hugo hernan Verchelli and fought Roberto domingo Sosa.

Ruiz lost to Miguel Gonzalez in his next fight. Taking place on September 23rd, 2016, Ruiz's career record after this fight stood at 21-9-0. Outclassed, Ruiz took another loss as the judges awarded Gonzalez the UD win on a great performance.

Taking another knock in his career, Ruiz fought Paul Butler on April 8th, 2017 and was defeated by Butler. Ruiz struggled from the off with Butler, suffering his 3rd stoppage defeat out of 31 career fights. The latest loss on Ruiz's journey came via TKO in round 4. 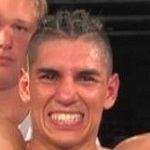 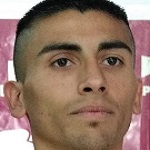 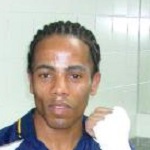