Rey Vargas started his career aged 31 on April 2010. After 27 fights, Vargas remains unbeaten with no sign of being beaten after building up his record of 27 wins and a career lasting 4 years so far. Vargas's longest KO streak is 14 fights long out of his 27 career fights.

Vargas proved he was made for the pro ranks in his debut against Claudio Palacios, becoming the first person in Palacios's 0 fights to stop him. The fight ended in round 1 of 4. Vargas continued on his journey to success by fighting 6 times in 2010, 4 times in 2011 and 4 times through 2012 and 2013 beating fighters such as Seizo Kono, Luis Lugo and Marcos Cardenas in his next 14 fights.

Vargas then went on to fight and beat Esnar Bobadilla on May 29th, 2010 maintaining his unbeaten record. Vargas was the 2nd person to go the distance with Bobadilla. Vargas fought Esnar Bobadilla in 2010, the result was via UD. Vargas's win streak of 2 rose to 12 following 10 great wins, becoming the 2nd person to stop Luis Lugo (Round 5 KO), first to stop Jose luis Medellin and 3rd person to stop Gabriel Aguillon (Round 1 KO).

Marcos Cardenas was up next for Vargas on December 22nd, 2012. Vargas continued with his winning streak by beating Cardenas. Cardenas was a worthy challenger but Vargas was too much and became the first person to stop Cardenas via TKO during round 5.

Ronny Rios was beaten next on August 26th, 2017 meaning Vargas could maintain his unbeaten streak. Vargas's UD win against Ronny Rios came via judges decision of a 12 round fight. Vargas became the 2nd person to defeat Rios and secured a great win.

The unbeaten run continued with the defeat of Oscar Negrete in his latest fight on December 2nd, 2017, taking his winning record to 27 wins. In a display of his technical ability, Vargas endured a tough 12 rounds of 12 to crown himself as the first to defeat opponent Negrete. 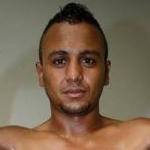 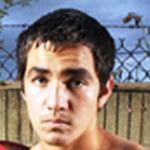