Although beaten, Cory Phelps has gained plenty of experience over 24 fights and a 9 year long career so far. He now moves on to see just how far he can go as he approaches the later stage of his career. Between February 2005 and February 2007, Phelps had his longest winning streak of 5 fights. In his 24 fights, his longest KO streak is 4 fights long.

A calm Phelps made the statement he was hoping for in a 4 round fight against Anthony Williams. Claiming the only stoppage defeat of Williams's career in round 3 of the fight via TKO. Phelps continued his mostly successful career with numerous fights following his debut against boxers including Vidal Middlebrook, Tyrone Mack and Tyrone Mack. Fights included fighting 8 times in 2005 and 4 times in 2006.

Phelps went into his next fight against Bobby Jordan on December 10th, 2005 with a career record of 6-2-0. Phelps was beaten by Bobby Jordan in the 2nd round. Phelps had only ever been stopped 2 times previously in his career. 2 wins followed taking Phelps's winning streak to 8 wins.

Quinton Weathers was the next fight for Phelps on July 21st, 2006 and also his next career win. Phelps was the 2nd person to go the distance with Weathers. Phelps fought Quinton Weathers in 2006, the result was via UD. 2 wins followed taking Phelps's winning streak to 11 wins.

Phelps lost to Don George in his next fight. Taking place on June 14th, 2007, Phelps's career record after this fight stood at 11-3-0. Phelps fought Don George and was defeated via TKO in the 6 round bout. This was Phelps's 3rd stoppage defeat in his career which came in the 1st round.

Phelps went into his next career fight with a record of 15-6-1 and took this to 16 wins with a win against Daniel Shull on June 21st, 2014. Shull was a great challenge for Phelps, losing over the full 4 round distance and crowning Phelps as the 25th person to have defeated Shull.

On August 23rd, 2014, Phelps took on and was defeated by Shannon Briggs meaning his career tally went to 16-7-1 Once again Phelps was in a tough fight, one that proved to be a step too far in Phelps's latest fight. Opponent Briggs fought well and was rewarded with a win, and crowned only the 6th man to stop Phelps in the process. The fight ended in round 1 via TKO. 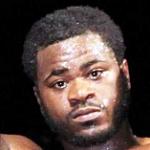 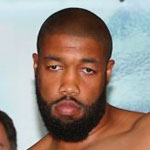