Jamie Conlan, born October 10th 1986 made his debut in November 2009. After not putting a foot wrong in 13 fights so far and building an unbeaten record of 13-0-0 it's still unclear just how far Conlan can go at the age of 34. Conlan's longest KO streak is 4 fights long out of his 13 career fights.

Showing his superior boxing ability in an impressive debut, Conlan picked up the win against Anwar Alfadli and became only one of 6 people to have taken him the full 4 round distance. Continuing on from his winning debut, Conlan's winning streak continued with wins against fighters included Kyle King, Delroy Spencer and Delroy Spencer fighting once in 2009 and 2 times in 2011.

Francis Croes was beaten next on December 15th, 2010 meaning Conlan could maintain his unbeaten streak. Croes was stopped in the 3rd round via RTD crowning Conlan as the first person to stop this opponent. Conlan then went on to win a further 6 fights taking his record to 11 wins, 0 losses and 0 draws.

Keeping his losses at zero, Conlan fought on June 20th, 2014 beating Gabor Molnar. Conlan was the 5th person to stop Gabor and he did it in the 3rd round via TKO. The fight was due to last 10 rounds.

Jose Estrella was beaten by Jamie Conlan in Conlan's most recent fight on September 6th, 2014 to ensure his unbeaten run continued. Only the 6th man to defeat Estrella, Conlan made an impressive appearance in his latest outing, earning himself a UD win. 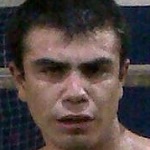