Born March 17th 1977 Tefik Bajrami (aged 43) has built up a good career record of 9-1-0. With plenty of experience and now 10 fights as a pro, Bajrami hopes to move on to better things in future as he moves into the later stages of his career. Bajrami's longest KO streak is 2 fights long out of his 10 pro career fights.

Staritng his career off in tremendous fashion in October 2010, Bajrami became the 12th quickest fighter to have ever stopped Attila Mathe. The fight ended in round 2 via TKO stoppage. Following his debut, Bajrami had an impressive start to his career as he went on to win his next 5 fights including once in 2010 and once in 2012 fighting the likes of as Patrick Berger, Andreas Kapp and Attila Mathe.

Next was Attila Dudas on March 26th, 2011 where Bajrami took the win continuing his unbeaten streak. In 2011 Bajrami fought his next opponent Attila Dudas and defeated him via PTS. Bajrami was the 2nd person to go the distance with Dudas. Bajrami then went on to win a further 3 fights taking his record to 5 wins, 0 losses and 0 draws.

Unfortunately, the first defeat of Bajrami's career came against Toni Visic on July 14th, 2012 in Bajrami's 6th professional fight. Bajrami was beaten by Toni Visic in the 4th round. The win came via KO in the 4th round. Racking up wins against Elvir Behlulovic and Attila Makula, Bajrami went on to fight and win these next 2 fights.

Samir Barakovic was the next fight for Bajrami on December 8th, 2013 and also his next career win. The win against Barakovic happened in the 3rd round of a 6 round fight via TKO.

Tefik Bajrami added another win to his record by beating Diego javier Sanabria on April 1st, 2017, upping his record to 9 wins. Ending via RTD, Bajrami became the 5th fighter to stop Sanabria. The defeat came in the 8th round of a 12 round fight. 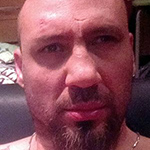