Ocampo, a pro since July 2012 has now had 15 fights lasting 5 years as a pro. Although he's tasted defeat, he's shown a clear love for fighting. With his last fight having taken place in October 2018, Ocampo now looks for his next challenge as a pro. The longest KO streak that Ocampo has ever had is 4 throughout his 15 fights and his longest winning streak is 14 wins. This started on July 2012 and came to an end on February 2016.

Ocampo made an impressive debut on July 2012, showing his class and technical boxing skill Ocampo went the full 4 rounds with Tuen and became the first person to do so. Maintaining a successful start proved easy for Ocampo with a further 8 wins, beating boxers such as Engelberto Valenzuela, Ciro Arellanes and Roberto Ramirez.

On July 13th, 2013 Ocampo fought and beat Roberto Ramirez (8-0-0) to continue his unbeaten streak. Showing his class against Ramirez, Ocampo was the 3rd person to go the distance with this opponent. Ocampo then went on to win a further 6 fights taking his record to 11 wins, 0 losses and 0 draws.

Javier Carrera was up next for Ocampo on August 29th, 2014. Ocampo continued with his winning streak by beating Carrera. Carrera was stopped in the 5th round via TKO crowning Ocampo as the first person to stop this opponent. Ocampo then went on to face Jorge Paez jr where he added another win to his tally.

Charlie Navarro was up next for Ocampo on February 6th, 2016. Ocampo continued with his winning streak by beating Navarro. Ocampo was the 3rd person to stop Charlie and he did it in the 5th round via KO.

Carlos Ocampo went into his fight with Errol Spence jr with a record of 14-1-0. Spence jr came out victorious. Ocampo latest fight proved a step too far when he faced the first defeat of his career against Errol Spence jr in the 1st round of a 12 round fight via KO. Lets hope he comes back stronger. 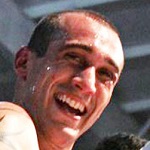