Age 34 orthodox Bogdan Dinu has now fought 12 fights and remains unbeaten with a record of 12-0-0. Having started his career on November 2015 at age 21, Dinu shows no signs of slowing down as he continues his rise as a pro. Dinu's longest win streak is 12 fights between April 2008 and November 2015. His longest KO streak in his 12 fights is 4 fights long.

In his first fight in April 2008, Dinu defeated Stephane Tessier in a 4 round fight. The fight went the full distance and secured Dinu his first win and distance win to kick of his pro career. Following his debut, Dinu had an impressive start to his career as he went on to win his next 6 fights including 3 times in 2008, once in 2009 and 2 times through 2010 and 2011 fighting the likes of as Awadh Tamim, James Pratt and Shawn Mclean.

On November 29th, 2012 Dinu fought and beat Ben Nsafoah (15-6-2) to continue his unbeaten streak. Dinu was the 2nd person to stop Ben and he did it in the 5th round via TKO. Taking his record to 10-0-0. Dinu then went on to win his next fight against Avery Gibson.

Dinu entered his next fight with 10 wins and took this to 11 with a win against Kertson Manswell on September 23rd, 2014. The win came in the 2nd round of a 8 round fight via TKO. Dinu was the 6th person to stop Kertson in his career.

Bogdan Dinu went into his latest fight with Manuel alberto Pucheta on November 28th, 2015 with 11 wins and he continued this winning streak taking it to 12 wins. Dinu's win against Pucheta was only the 5th time Pucheta had been stopped. The fight finished in the 6th round of a 8 round fight via RTD. 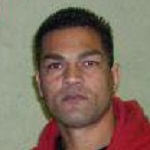 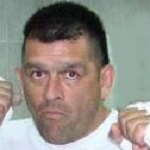