Gutierrez started his career aged 18 on October 2013. His career record to date stands at 5 wins and he remains unbeaten. The longest win streak that Gutierrez has ever recorded was between October 2013 and August 2014 when it totaled 4 wins. Gutierrez's longest KO streak is 2 fights long.

A successful pro debut for Roger, Gutierrez showed his superior boxing talent against Alexander Ponce, becoming the first person to go the full distance with him. Gutierrez went on to win his next 3 fights taking his record to 3 wins.

In Gutierrez's most recent fight, Moises Castro was handed a beating by Gutierrez on August 16th, 2016 to ensure his win record increased further again to 5 wins. Ending via TKO, Gutierrez became the 9th fighter to stop Castro. The defeat came in the 1st round of a 6 round fight. 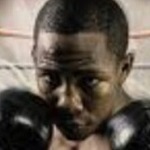