Age 29 NA Immanuwel Aleem has now fought 10 fights and remains unbeaten with a record of 10-0-0. Having started his career on August 2014 at age 18, Aleem shows no signs of slowing down as he continues his rise as a pro. He started his best winning streak on June 2012 however, this came to an end on August 2014. In this period he won a total of 10 fights.

Staritng his career off in tremendous fashion in June 2012, Aleem became the 2nd quickest fighter to have ever stopped Jess Noriega. The fight ended in round 1 via TKO stoppage. Following his debut, Aleem had an impressive start to his career as he went on to win his next 5 fights including 3 times in 2012 and 2 times in 2013 fighting the likes of as Leshon Sims, Marcus Clay and Mark Baltimore.

On September 29th, 2012 Aleem fought and beat Marcus Clay (1-2-0) to continue his unbeaten streak. Clay was a worthy challenger but Aleem was too much and became the first person to stop Clay via TKO during round 2. 6 wins followed for Aleem including being the first boxer to go the distance with Mark Baltimore, 7th person to stop Joseph Benjamin and 2nd person to stop Mike Noriega (Round 2 KO).

Cameron Allen was beaten next on June 6th, 2014 meaning Aleem could maintain his unbeaten streak. The win against Allen happened in the 4th round of a 6 round fight via TKO.

Juan carlos Rojas was beaten by Immanuwel Aleem in Aleem's most recent fight on August 1st, 2014 to ensure his unbeaten run continued. The latest fight for Aleem was expected to be a challenging one, but Rojas was disposed of in 6 rounds as Aleem moves on to greater things and claims the honour of being first person to have ever stopped Juan carlos Rojas. 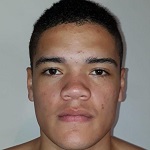