Valery Brudov's debut fight took place on December 1999 when he was 23 years of age. His career has spanned 16 years to date and whilst he's now in the later stages of his career, he has amassed a record of 41-7-0 over the course of his 48 fight career. Brudov's longest win streak is 30 fights between December 1999 and April 2005. His longest KO streak in his 48 fights is 11 fights long.

Brudov proved he was made for the pro ranks in his debut against Dmitry Kalistratov, becoming the first person in Kalistratov's 0 fights to stop him. The fight ended in round 1 of 4. Brudov rise in boxing continued with 24 wins against fighters such as Salim Debiane, Mohamed Siluvangi and Valeri Semiskur.

Taking the first knock of his career, Brudov fought Virgil Hill on January 27th, 2006 and was defeated by Hill. Coming into the fight with high confidence Brudov fought his next fight against Virgil Hill on January 27th, 2006. Unfortunately, Brudov was outclassed and lost the decision on the judges scorecards taking his record to 30-1-0. Brudov's win streak of 30 rose to 35 following 5 wins against boxers such as Luis andres Pineda, Martial bella Oleme, Aleksejs Kosobokovs and 2 others.

Brudov kept his losses at 2 by beating David Greter on September 18th, 2008. Brudov was the first person to stop David Greter and he did it in the 7th round via RTD. Brudov fought boxers including Yavor Marinchev and Deandrey Abron and he went on to win another 2 fights.

Brudov went into his next fight against Guillermo Jones on October 2nd, 2010 with a career record of 38-3-0. Guillermo Jones became the first person to stop Brudov. The win came via TKO in the 11th round of a 12 round bout.

Taking a knock to his career, Brudov fought and was defeated by Noel Gevor on January 9th, 2016 taking his record to 41-6-0. There was nothing more Brudov could have done on the night facing Gevor. Gevor put on a great performance to take the win over the 10 rounds.

Brudov's next defeat of his career came against Krzysztof Wlodarczyk on March 4th, 2016. Out for his 48th career fight, Brudov was once again outmatched where he suffered a 2nd round TKO loss in only his 4th stoppage defeat to date. Another blow for the talented Brudov. 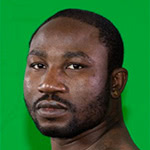