Although beaten, Emmanuel Robles has gained plenty of experience over 14 fights and a 6 year long career so far. He now moves on to see just how far he can go as he approaches the later stage of his career. Robles's longest win streak is 8 fights between September 2010 and October 2014. His longest KO streak in his 14 fights is 2 fights long.

In an impressive debut, Robles kept his calm and defeated Luis Sanchez over 4 rounds via a judges decision. This was only the 3rd time Sanchez had been taken the full distance. Robles continued his pro journey by fighting 7 fights following their debut. Fights against boxers such as David Morales, Jaime Orrantia and Jose Mendoza followed including once in 2010 and 3 times in 2012.

Next was David Morales on January 28th, 2011 where Robles took the win continuing his unbeaten streak. David Morales was Robles's next opponent of his career in 2011. The fight was scheduled for 4 and Robles was the 4th person to go the distance with Morales. 10 wins followed where Robles went on to fight Joshua Marks, Yordenis Ugas and Jonathan Chicas amongst others, prolonging his win streak.

The next defeat of Robles's career came against Kenneth Sims jr on January 20th, 2017. This took his career record to 12-1-1. Walking into his 14th pro fight, the confidence Robles had was short lived and Sims jr out-boxed Robles over the 8 to give Robles his first pro defeat via UD. With only one loss to his name, we're sure to see him again. 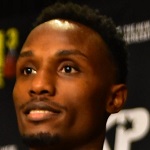