In November 2011 Villasana jr faced Erasmo Morales in his debut bout over 4 rounds, but only 1 were needed as Villasana jr became the quickest person ever to stop Morales via a 1 round KO victory. Villasana jr continued on his career with fights against boxers including Rafael Rodriguez, Jose maria Valdez and Erasmo Morales. Fights included suffered a first defeat against Adad Soto (2-0-0), 2nd person to stop Rafael Rodriguez (Round 7 TKO) and first boxer to go the distance with Danile Fernandez in this time. 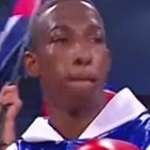