Born November 4th 1983 Zhanat Zhakiyanov (aged 39) has built up a good career record of 25-2-0. With plenty of experience and now 27 fights as a pro, Zhakiyanov hopes to move on to better things in future as he moves into the later stages of his career. He started his best winning streak on August 2007 however, this came to an end on February 2017. In this period he won a total of 20 fights.

Setting up his pro career well and building his confidence in the pro ring, Zhakiyanov became the 3rd person to take Nabi Kadirov the distance and claimed a UD debut win. Continuing on from his debut, Zhakiyanov had an impressive start to his career as he went on to fight 14 fights including 2 times in 2007, 5 times in 2008 and 7 times through 2009 and 2010 against fighters such as Alexander Fedorov, Boido Simanjuntak and Rustam Abdullaev.

Zhakiyanov went into his next career fight with a record of 19-1-0 and took this to 20 wins with a win against Michael Escobar on June 28th, 2013. Escobar was stopped in the 4th round via TKO crowning Zhakiyanov as the first person to stop this opponent. Zhakiyanov then went on to win again against Yuriy Voronin setting him up well for his next pro fight.

Zhakiyanov went into his next career fight with a record of 21-1-0 and took this to 22 wins with a win against Karim Guerfi on April 26th, 2014. Guerfi was a worthy challenger but Zhakiyanov was too much and became the first person to stop Guerfi via KO during round 5. Zhakiyanov's wins continued and went from 22 wins to 23 after he then defeated Gagi Edisherashvili.

Zhakiyanov kept his losses at 1 by beating Hector rolando Gusman on May 9th, 2015. Gusman was a worthy challenger but Zhakiyanov was too much and became the first person to stop Gusman via KO during round 6.

On February 10th, 2017, Zhakiyanov went into action again and beat Rau'shee Warren taking the winning record to 25 wins. Zhakiyanov secured the win over Warren after the final bell via SD, resulting in Zhakiyanov being the 2nd person to defeat Warren.

Zhakiyanov went into his next fight against Ryan Burnett on October 21st, 2017 with a career record of 25 wins. In 2017 Zhakiyanov fought his next opponent Ryan Burnett and was defeated by him via UD. Although it ended in a loss Zhakiyanov was the 3rd person to go the distance with Burnett. 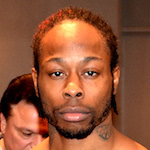 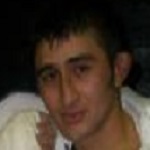