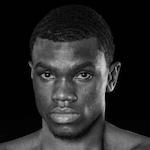 Jamontay Clark, born September 29th 1994 made his debut in January 2014. After not putting a foot wrong in 12 fights so far and building an unbeaten record of 12-0-0 it's still unclear just how far Clark can go at the age of 28. Clark's longest KO streak is 3 fights long out of his 12 pro career fights.

In a great debut, Clark took on Lee Kreisher in a 4 round fight, becoming the 5th person to stop Kreisher in his 10 fight career to date. Maintaining a successful start proved easy for Clark with a further 6 wins, beating boxers such as Miguel Rico, Jonathan Garcia and Lee Kreisher.

Marco Ramirez reyes was beaten next on September 11th, 2015 meaning Clark could maintain his unbeaten streak. Becoming the first person to stop Marco Ramirez reyes, Clark beat Ramirez reyes via TKO in the 6th round of a 6 round fight. Fights against Joe Wilson jr, Elvin Perez and Edgar Ortega followed where he won all 3 fights taking his winning streak to 10 wins.

Gaku Takahashi was up next for Clark on March 14th, 2017. Clark continued with his winning streak by beating Takahashi. The win against Takahashi happened in the 7th round of a 8 round fight via RTD.

Ivan Golub was beaten by Jamontay Clark in Clark's most recent fight on June 30th, 2017 to ensure his unbeaten run continued. In 2017 Clark fought and defeated his next opponent Ivan Golub. In a successful fight, Clark was the 3rd person to go the distance with Golub. 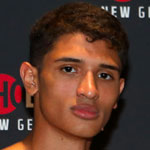 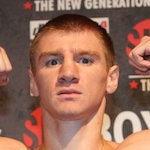