Sharpe didn't take long to get comfortable in the pro game, becoming the first person to stop Brad Mcpeake (a 2 fight pro) via TKO in the 2nd round. Continuing on from his debut, Sharpe had an impressive start to his career as he went on to fight 17 fights including 2 times in 2002, 5 times in 2003 and 10 times through 2004, 2005 and 2006 against fighters such as Gareth Sutherland, Mark Flynn and Jason St louis.

The first defeat of Sharpe's career came against Mark Flynn on June 21st, 2003. This took his career record to 6-1-0. Taking the first setback of his career, the June 21st, 2003 Flynn defeat went the full distance and ended via UD. Fights against boxers including Mark Flynn, Gareth Sutherland and Jason St louis followed where he won 9 fights taking his winning streak to 14 wins.

Taking a knock to his career, Sharpe fought and was defeated by Scott Dann on February 10th, 2006 taking his record to 14-3-0. Sharpe's fight against Scott Dann was Sharpe's first stoppage defeat. This came via TKO in the 9th round of a 12 round fight. Fights against boxers including Bryon Mackie, Jose joaquin Rosa gomez and Mauro Lucero followed where he won 11 fights taking his winning streak to 22 wins.

Oney Valdez was next in line for Sharpe where unfortunately, he was defeated on April 2nd, 2009 taking his record to 22-7-0. Sharpe fought Oney Valdez and was defeated via TKO in the 12 round bout. This was Sharpe's 2nd stoppage defeat in his career which came in the 12th round. Sharpe's win streak of 22 rose to 24 following 2 wins against boxers such as Zach Walters and Bruce Rumbolz.

Sharpe went into his next fight against Adam Trupish on September 24th, 2010 with a career record of 25 wins. Trupish turned out to be too much for Sharpe stopping him in the 10th. Showing that the time was right for Sharpe to call it a day and retire. 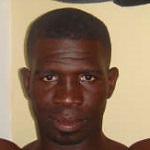