In a memorable debut Pedroso gained a KO win against Rodrigo paulo Oliveira in a 4 round contest, becoming the 5th person to stop Oliveira. Pedroso rise in boxing continued with 7 fights against fighters such as Luiz carlos Dos santos, Cedenir Apestegui and Leandro Mendes pinto.

Taking the first knock of his career, Pedroso fought Davi Eliasquevici on December 15th, 2013 and was defeated by Eliasquevici. On December 15th, 2013, Pedroso took on and was defeated over the distance by Davi Eliasquevici in his first career defeat. Pedroso lost via UD in a valiant effort. 3 wins followed for Pedroso including being the first to stop Edelson Moreira, 3rd person to stop Davi Rodrigues lacerda (Round 2 KO) and 13th person to stop Mario adalberto Franco vera.

Pedroso's next defeat of his career came against Ryota Murata on May 14th, 2016 taking his career record to 9-2-0. Murata proved to be the biggest challenge to date for Pedroso, Pedroso never really got going in the fight and Murata handed Pedroso his first stoppage defeat in the 4th round of a 10 rounder. Another win followed for Pedroso taking his win tally to 10 wins.

Pedroso went into his next fight against Diego Diaz gallardo on September 8th, 2017 with a career record of 10-3-0. Pedroso fought Diego Diaz gallardo and was defeated via RTD in the 12 round bout. This was Pedroso's 2nd stoppage defeat in his career which came in the 9th round.

Pedroso's next defeat of his career came against Elias Espadas on February 24th, 2018. Out for his 14th career fight, Pedroso was once again outmatched where he suffered a 3rd round KO loss in only his 3rd stoppage defeat to date. Another blow for the talented Pedroso. 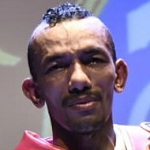 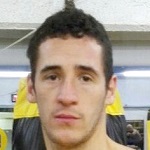 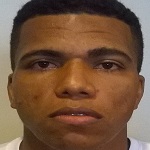 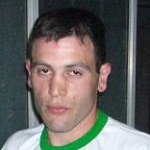