Although beaten, Shohei Omori has gained plenty of experience over 18 fights and a 6 year long career so far. He now moves on to see just how far he can go as he approaches the later stage of his career. Omori's longest KO streak is 4 fights long out of his 18 career fights.

In April 2011 Omori faced Shuhei Hasegawa in his debut bout over 4 rounds, but only 2 were needed as Omori became the quickest person ever to stop Hasegawa via a 2 round KO victory. Continuing on from his winning debut, Omori's winning streak continued with wins against fighters included Kiron Omura, Yusuke Tachikawa and Ryotaro Kawabata fighting 3 times in 2011 and 2 times in 2013.

Omori entered his next fight with 12 wins and took this to 13 with a win against Bunta Mitaka on October 19th, 2014. Omori's fight against Bunta Mitaka came in the 3rd round of a 8 round fight via TKO. Omori became the first person to stop Mitaka. Omori fought boxers including Kentaro Masuda and Hirofumi Mukai and he went on to win another 2 fights.

On December 16th, 2015, Omori took on and was defeated by Marlon Tapales in his first career defeat meaning his career tally went to 15-1-0. Tapales was a push too far for Omori and after a tough fight Tapales became the first person to beat and stop Omori in round 2.

Omori entered his next fight with a mostly successful record of 15-1-0 and took this to 16 wins with a win against Espinos Sabu on April 16th, 2016 via KO. Sabu proved to be no match for Omori, and Omori became the first person to stop Sabu via KO during round 4.

The next defeat of Omori's career came against Marlon Tapales on April 23rd, 2017. This took his career record to 16-2-0. A great performance by opponent Tapales added a 2nd stoppage defeat to Omori's career. Omori was outmatched and the fight was brought to a halt in round 11 via TKO. 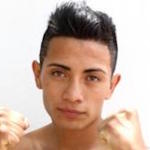