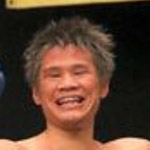 Born February 11th 1992 Kosuke Saka (aged 30) has built up a good career record of 10-3-0. With plenty of experience and now 13 fights as a pro, Saka hopes to move on to better things in future as he moves into the later stages of his career. Saka's longest win streak is 6 fights between March 2012 and October 2012. His longest KO streak in his 13 fights is 4 fights long.

Staritng his career off in tremendous fashion in March 2012, Saka became the 2nd quickest fighter to have ever stopped Tokiya Nishioka. The fight ended in round 1 via KO stoppage. Saka rise in boxing continued with 7 fights against fighters such as Shun Hayashi, Hikaru Yoshimura and Satoshi Hotta.

Saka lost to Hiroshige Osawa in his next fight. Taking place on May 3rd, 2014, Saka's career record after this fight stood at 8-3-0. Saka's fight against Hiroshige Osawa was Saka's first stoppage defeat. This came via TKO in the 9th round of a 10 round fight.

Keeping his losses at 3, Saka fought on October 9th, 2015 beating Kazuki Hashimoto via TKO. This took his record to 9-3-0 showing quite the successful career to date. Hashimoto was stopped in the 1st round via TKO meaning Saka was the 6th person to stop this opponent in his career.

Ensuring he added another win to his tally, Kosuke Saka defeated Shota Hayashi on April 23rd, 2017 in his latest fight. Saka showed his exceptional talent against Hayashi becoming the first of 30 fighters to stop him. The win came for Saka in the 3rd via TKO. Saka now moves up the ladder to greater things.