Amos Cowart started off his pro career aged 21 and currently has a record of 10-1-1. Cowart now looks to build on the experience gained in his first 12 fights. He started his best winning streak on August 2011 however, this came to an end on March 2013. In this period he won a total of 7 fights.

In a memorable debut Cowart gained a TKO win against William Rodriguez in a 4 round contest, becoming the 3rd person to stop Rodriguez. Continuing on from his winning debut, Cowart's winning streak continued with wins against fighters included Cesar Cisneros, Yunier Pelier rey and Wilson Feliciano fighting 3 times in 2011 and 3 times in 2012.

Cowart then went on to fight and beat Cesar Cisneros on December 9th, 2011 maintaining his unbeaten record. Showing his class against Cisneros, Cowart was the 6th person to go the distance with this opponent. 7 wins followed where Cowart went on to fight Hector Marengo, Joseph Fernandez and Yunier Pelier rey amongst others, prolonging his win streak.

Marlon Lewis was Cowart's next fight on October 11th, 2014 and also the next win in his career via KO. This took his record to 10-0-1 showing a mainly successful career to date. The win came in the 1st round of a 8 round fight via KO. Cowart was the 3rd person to stop Marlon in his career.

On August 7th, 2015, Cowart took on and was defeated by Regis Prograis meaning his career tally went to 10-1-1 Walking into his 12th pro fight, the confidence Cowart had was short lived and Prograis out-boxed Cowart over the 8 to give Cowart his first pro defeat via UD. With only one loss to his name, we're sure to see him again. 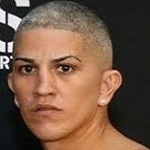