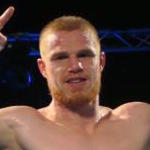 After a debut fight on March 2012, Maxime Beaussire (age 28) has now built a record of 23 wins, 1 losses, 1 draws over a 25 fight career so far. The longest KO streak that Beaussire has ever had is 2 throughout his 25 fights and his longest winning streak is 22 wins. This started on March 2012 and came to an end on February 2017.

Setting up his pro career well and building his confidence in the pro ring, Beaussire became the 3rd person to take James Alves the distance and claimed a PTS debut win. Following on from his debut, Beaussire continued his mostly successful career by fighting in a further 13 fights. In this time he fought Jean bernard Vandenbusshe, Julien Leguiset and Kobe Vandekerkhove to name just a few, fighting 5 times in 2012 and 8 times in 2013 in this period.

Beaussire kept his losses at 0 by beating Frank Haroche horta on October 30th, 2015. The win against Haroche horta happened in the 5th round of a 10 round fight via TKO. Another win followed for Beaussire taking his win tally to 21 wins.

Beaussire went into his next career fight with a record of 21-0-1 and took this to 22 wins with a win against Artem Karpets on October 22nd, 2016. Becoming the first person to stop Artem Karpets, Beaussire beat Karpets via TKO in the 5th round of a 10 round fight.

Arnaud Dimidschtein was Beaussire's next fight on February 25th, 2017 and also the next win in his career via KO. This took his record to 23-0-1 showing a mainly successful career to date. Becoming the 3rd fighter to stop Dimidschtein in his career, Beaussire beat Dimidschtein via KO in the 2nd round of a 8 round fight.

Beaussire's next defeat of his career came against Zakaria Attou on April 15th, 2017. Walking into his 25th pro fight, the confidence Beaussire had was short lived and Attou out-boxed Beaussire over the 12 to give Beaussire his first pro defeat via SD. With only one loss to his name, we're sure to see him again. 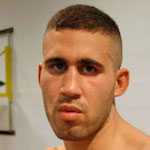