In February 1980, Aviles took Edwin Alarcon the full 10 round distance in a PTS decision debut win on the judges scorecards. Following on from his debut, Aviles continued his mostly successful career by fighting in a further 14 fights. In this time he fought James Martinez, Juan Escobar and Alfredo Pitalua to name just a few, fighting 5 times in 1980, once in 1981 and 3 times through 1982 and 1983 in this period.

James Martinez was the next fight for Aviles on November 24th, 1981 and also his next career win. Aviles's PTS win against James Martinez came via judges decision of a 10 round fight. Aviles became the 20th person to defeat Martinez and secured a great win. Aviles continued his success in the next 4 fights taking his record to 17 wins, 3 losses and 0 draws.

Aviles went into his next career fight with a record of 21-4-0 and took this to 22 wins with a win against Jeff Roberts on October 16th, 1984. Aviles was the 5th person to go the distance with Roberts. Aviles fought Jeff Roberts in 1984, the result was via PTS. Aviles took on another 2 opponents next, racking up wins against J l Ivey and Robert Mullins.

Aviles went into his next fight against Henry Rodriguez on August 28th, 1989 with a career record of 27 wins. This proved to be one fight too many for Aviles's career, Rodriguez was the victor becoming only the 5th person to stop Aviles. TKO in the 7th. Aviles decided to call it a day after this fight. 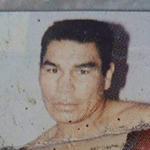