Although beaten, Ramon Contreras has gained plenty of experience over 15 fights and a 6 year long career so far. He now moves on to see just how far he can go as he approaches the later stage of his career. Contreras's longest KO streak is 1 fights long out of his 15 career fights.

A calm Contreras made the statement he was hoping for in a 4 round fight against Luis Rubilar. Claiming the only stoppage defeat of Rubilar's career in round 1 of the fight via KO. Contreras continued his pro journey by fighting 8 fights following their debut. Fights against boxers such as Guillermo Dejeas, Jonathan Soto and Marcelo Carrasco followed including once in 2006, 3 times in 2007 and 4 times through 2008 and 2009.

Next was Jonathan Soto on October 18th, 2008 where Contreras took the win continuing his unbeaten streak. In 2008 Contreras fought his next opponent Jonathan Soto and defeated him via UD. Contreras was the 2nd person to go the distance with Soto. Contreras then went on to face Guillermo Dejeas where he added another win to his tally.

Contreras went into his next fight against Mauricio javier Munoz on April 21st, 2012 with a career record of 11-3-0. Contreras failed to go into the later rounds with Munoz, with Munoz stopping him in the 3rd round and becoming the 2nd person to stop Contreras.

On January 25th, 2013, Contreras took on and was defeated by Fabian oscar Orozco meaning his career tally went to 11-4-0 Once again Contreras was in a tough fight, one that proved to be a step too far in Contreras's latest fight. Opponent Orozco fought well and was rewarded with a win, and crowned only the 3rd man to stop Contreras in the process. The fight ended in round 3 via TKO. 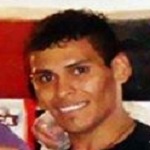