Although Luis Collazo has been beaten in his career, with a fight count of 42 fights and a 15 year long career he approaches the end of his career with a record of 35-7-0. He made his debut in May 2000 at the age of 19. Collazo's longest win streak is 14 fights between May 2000 and January 2002. His longest KO streak in his 42 fights is 2 fights long.

Staritng his career off in tremendous fashion in May 2000, Collazo became the 2nd quickest fighter to have ever stopped Jose Maldonado. The fight ended in round 1 via TKO stoppage. Following on from his debut, Collazo continued his mostly successful career by fighting in a further 21 fights. In this time he fought Luis alberto Santiago, Marcos Primera and Orlando Milian to name just a few, fighting 5 times in 2000, 8 times in 2001 and 8 times through 2002 and 2003 in this period.

Collazo then went on to fight and beat Terry Dominic on April 24th, 2001 maintaining his unbeaten record. Continuing his career, Collazo fought Terry Dominic in 2001 over 4 rounds. Collazo was the 3rd person to go the distance with Terry Dominic. Fights against Orlando Milian, Luis alberto Santiago, Gary Grant and 3 others followed where he won all 6 fights taking his winning streak to 14 wins.

Collazo went into his next fight against Edwin Cassiani on April 13th, 2002 with a career record of 14 wins. Collazo's fight against Edwin Cassiani was Collazo's first stoppage defeat and also, the first defeat of his career. This came via TKO in the 3rd round of a 10 round fight. Collazo's win streak of 14 rose to 25 following 11 great wins, becoming the First to beat Thomas Davis, 4th person to beat Jose antonio Rivera and 11th person to stop Kevin Carter.

Collazo kept his losses at 1 by beating Miguel angel Gonzalez on August 13th, 2005. The 12 round fight ended in the 8th round via TKO crowning Collazo as only the 2nd to stop Gonzalez. Collazo continued his success in the next 13 fights taking his record to 35 wins, 5 losses and 0 draws.

On July 11th, 2015, Collazo took on and was defeated by Keith Thurman meaning his career tally went to 35-7-0 Out for his 42nd career fight, Collazo was once again outmatched where he suffered a 7th round RTD loss in only his 2nd stoppage defeat to date. Another blow for the talented Collazo. 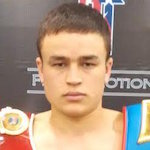