Starting his career in January 1995 at the age of 16, orthodox boxer Manny Pacquiao has now been pro for 23 years and has built up a career of 60-7-2. Pacquiao now moves into the final stages of his career. Pacquiao's longest win streak is 15 fights between January 1995 and April 1999. His longest KO streak in his 69 fights is 8 fights long.

In his debut fight, Pacquiao's became only the 3rd fighter to go the distance with Edmund enting Ignacio, winning by UD in round 4 of 4. Following on from his debut, Pacquiao continued his mostly successful career by fighting in a further 35 fights. In this time he fought Reynante Jamili, Wethya Sakmuangklang and Chatchai Sasakul to name just a few, fighting 10 times in 1995, 7 times in 1996 and 18 times between 1997 and 2001 in this period.

The first defeat of Pacquiao's career came against Rustico Torrecampo on February 9th, 1996. Torrecampo was a push too far for Pacquiao and after a tough fight Torrecampo became the first person to beat and stop Pacquiao in round 3. 28 wins followed where Pacquiao went on to fight Reynante Jamili, Jorge eliecer Julio and Wethya Sakmuangklang amongst others, prolonging his win streak.

Keeping his losses at 2, Pacquiao fought on December 11th, 2004 beating Fahsan Three-k battery via TKO. This took his record to 39-2-2 showing quite the successful career to date. Three-k battery was stopped in the 4th round via TKO meaning Pacquiao was the first person to stop this opponent. Pacquiao continued his success in the next 2 fights taking his record to 40-3-2

On January 21st, 2006, Pacquiao went into action again and beat Erik Morales taking the winning record to 41 wins. Morales was stopped in the 10th round via TKO crowning Pacquiao as the first person to stop this opponent. Fights against boxers including Ricky Hatton, Oscar Larios and Marco antonio Barrera followed where he won 21 fights taking his winning streak to 59 wins.

The wins continued with the defeat of Lucas martin Matthysse on July 15th, 2018 in Pacquiao's most recent fight taking his winning record to 60 wins. Ending via TKO, Pacquiao became the 2nd fighter to stop Matthysse. The defeat came in the 7th round of a 12 round fight. 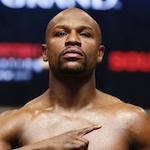